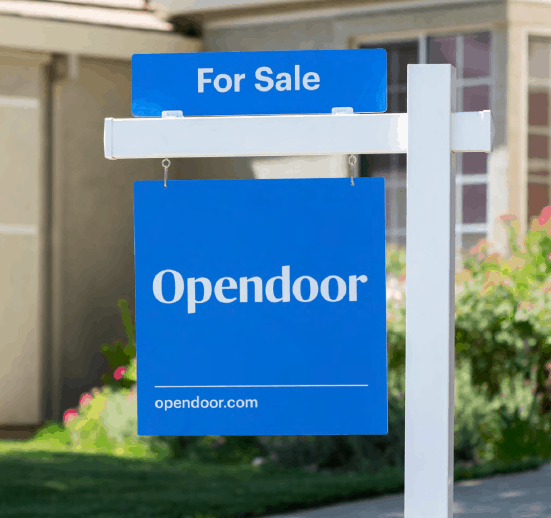 Disclosure: The analysis below is my opinion and does not constitute investment advice. I am not a financial advisor. I am long Opendoor.

Opendoor Technologies (NASDAQ:OPEN) gives a home seller an instant cash offer on their home through their website / mobile app and subsequently sells the home. The Company was founded in 2014 by Eric Wu and PayPal Mafia member Keith Rabois. Opendoor offers certainty for closing in as fast as 14 days and does not require sellers to fix up their home. This certainty allows for a smooth transaction and transition for the seller. For example, a seller buying a home contingent on a home selling can be assured that the home he is selling will close for certain.

Buyers offering instant cash offers have been traditionally known as “iBuyers” (instant buyers) and have been around for a while. Some real estate agents act as iBuyers, often they post ads that say: “I’ll buy your home for cash”. However, traditional iBuyers such as real estate agents put in offers that are much lower than market value. Technology enabled iBuyers like Opendoor have been able to give pretty competitive offers due to scalability and advanced algorithms. Opendoor charges approximately a 7.0% service fee for transactions. The service fee is slightly higher than the traditional 6.0% commission that is paid to agents, but not a bad trade-off considering the service provides liquidity to a home and certainty to the sell. Historically, the real estate industry has had very little adoption of technology. Opendoor aims to disrupt this industry and thus far has been growing rapidly.

From 2017 to 2019, revenue has grown 570% from $700 million to $4.7 billion. Actual 2020 revenue came in at $2.6 billion, which was lower than 2019 due to the pandemic. How does this compare to its peers? There are four major tech enabled iBuyers – Opendoor, Zillow, Offerpad, and Redfin. Back in 2014 when Opendoor just started, there wasn’t a tech company that’s solely dedicated to being an iBuyer. But with such a lucrative market, it didn’t take long for other players to get in on the action. Offerpad was founded in 2015, and in May 2018 Zillow also got into the iBuying market. Opendoor is currently estimated to have approximately 50% of the market share amongst the 4 iBuyers.

Even though Opendoor curbed its transactions in 2020, the Company still leads its peers in revenue and homes sold. Gross margin – defined as property sold minus acquisition cost and renovation / repair costs – is a good profitability metric to look at for Opendoor because it allows us to compare Opendoor with its competitors. From the chart above, Opendoor not only leads in market share, but also in gross profitability. Offerpad is close in gross margin, but has much lower market share than Opendoor. Zillow is the second largest iBuyer in terms of revenue, but lags significantly in gross margin. One interesting thing to note is that Opendoor’s average home sale price is $260,579, lower compared to Zillow and Redfin. The average home price of the United States is approximately $310,000, and Opendoor has a buy box up to $750,000. As Opendoor expands into new markets, we should see the average home sale price increase along with volume, providing a further boost to revenue.

Going forward, Opendoor forecasts revenue of $3.5 billion in 2021. The $3.5 billion revenue forecast was first seen by the public in Opendoor’s investor presentation in September 2020, which means it was prepared before that, possibly in July or August. Management did not provide an updated number to the $3.5 billion during its 4Q’20 management call, but CFO Carrie Wheeler mentioned she is “comfortable” with the forecast. This number is indeed very conservative in my opinion as the pandemic situation has changed significantly today compared to back in July 2020.

Back in July 2020 there was a lot of uncertainty on returning to normal; for example Duke Professor David Ridley mentioned that there possibly wouldn’t be widespread vaccination until 2022. But today, vaccines are rolling out and planned to be eligible to the general population on April 19th. And although inflation might be creeping up, interest rates are still forecasted to be relatively low compared to historical levels, which should support the strong housing market.

Most importantly, CEO Eric Wu mentioned Opendoor is expanding into 21 additional markets in 2021, doubling its footprint compared to 2020. This represents huge potential upside to the existing forecast. Prior to the pandemic, 1Q’20 run rate was in $5.0 billion in 21 markets.

If we just use back of the envelope math and assume Opendoor ramps up to 2% market share in new markets, we are looking at potentially up to $10.0 billion of run rate revenue (double the $5.0 billion run rate in existing 21 markets).

It seems like an oversimplified way to calculate the revenue potential, but as a sanity check to the math above, we can look at how the Company’s gets to its ultimate playbook of $50 billion in revenue. It is to be achieved by expanding into 100 markets (approximately 5 times 21 markets in 1Q’20) and doubling market share to 4% (from its current 2%). $5.0 billion multiplied by 5 and then multiplied by 2 is $50.0 billion. It’s rough, but the math checks out.

Given the slow start in 2021, it’s likely difficult for Opendoor to ramp up to $10 billion for FY2021, though certainly not impossible. At a minimum, I believe the baseline expectation should be closer to $6.0 billion, which is 28% higher than 2019. $6.0 billion of revenue is inferred from two places. First, Opendoor’s FY2022 revenue forecast is $6.2 billion, and it looks like we may achieve widespread vaccination roughly a year earlier than conservative estimates in July 2020, so Opendoor can possibly hit those numbers a year earlier. The second place that this is inferred from is Offerpad’s FY2021 forecast, which is $1.4 billion, or 26% higher than 2019 revenue (we are comparing 2021 to 2019 because 2020 is an anomaly where Opendoor deliberately cut staff and halted certain operations). Offerpad’s forecast was seen in their investor deck on March 2021 and was likely prepared when there was much better visibility on the pandemic. If we apply Offerpad’s 26% growth rate to Opendoor’s 2019 revenue of $4.7 billion, we get to roughly $6.0 billion. It’s also worth noting Opendoor is expanding into 21 new markets, while Offerpad is only planning to expand into 5 new markets in 2021. With vaccines rolling out just in time for spring and summer (usually the hottest season for residential real estate) plus a $10 billion market potential, it’s not a stretch for Opendoor to match or even exceed Offerpad’s growth rate.

Wall Street analysts’ consensus FY2021 average revenue estimate of $4.0 billion is also conservative compared to the $6.0 billion we illustrated. Despite this, the market continues to punish Opendoor since its earnings announcement on March 4, 2021. Performance has significantly lagged not just the market, but competitors such as Zillow

As of market close 4/14/21, Opendoor is trading at approximately 2.9x of FY2021 revenue estimates of $4.0 billion, which is much lower than its peers at Zillow (6.0x) and Redfin (4.9x). Given Opendoor’s higher growth rate than both Zillow and Redfin, trading at least at the median forward revenue multiple of approximately 5.0x makes sense.

Finally, let’s look at how big the total market is. According to Opendoor’s investor presentation deck, the market potential is $1.3 trillion. $1.3 trillion is calculated by multiplying the average home price of $310,000 by 5 million (the annual number of homes sold) and then multiplying it by s 87% (the Company’s buy box, or homes that fall into the Company’s purchase price range). If we calculate the total number of homes the four major iBuyers (Opendoor, Offerpad, Zillow, Redfin) sold in 2020 divided by the total numbers of home sold, the iBuyer market share of the total homes sold is just approximately 0.4%. How big total iBuyer market share can get will highly depend on how much economy of scale can be created. An interesting article by Rob Hahn, Managing Partner of 7D Associates, describes how iBuyer can become mainstream (like Uber) and get up to 60% of market share if there is way for iBuyers to scale to the point where they are cheaper than using a traditional agent.

Of course, it’s worth noting that investing in early stage technology companies is always risky. On the flipside of becoming mainstream, the biggest downside to Opendoor and iBuyers in general is failure of achieving widespread adoption. In that case, it would be difficult for Opendoor to achieve scale and positive margins in the long term. But with strong historical growth and iBuyers tacking on adjacent services such as title and escrow, mortgage, insurance, warranty, upgrades, home maintenance, and moving services, I believe a significant market share gain can and will happen in the following years. For example, Opendoor had already achieved 4.6% market share in Atlanta in 1Q’20. In the long term, we could be looking at much bigger potential share price upside than discussed in this article if iBuyers successfully disrupt the housing market. 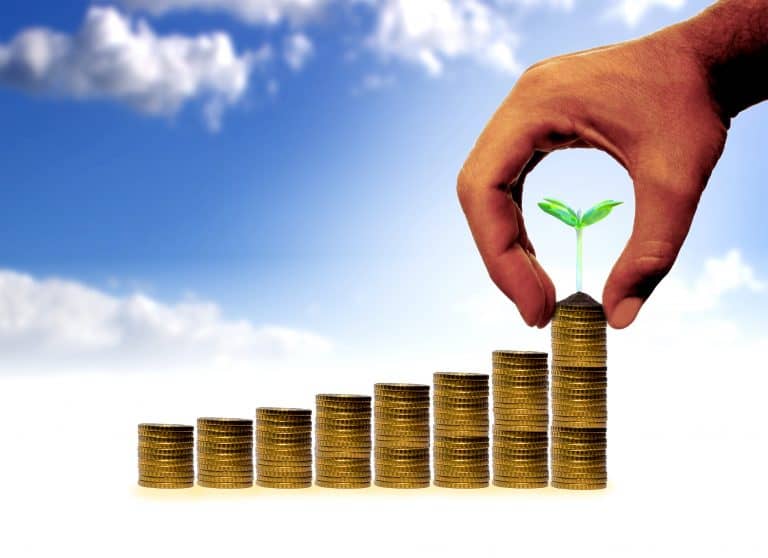 Investment ideas to help you brainstorm!

Ultimate guide explaining how the poor man’s covered call works and how it differs from a traditional covered call. 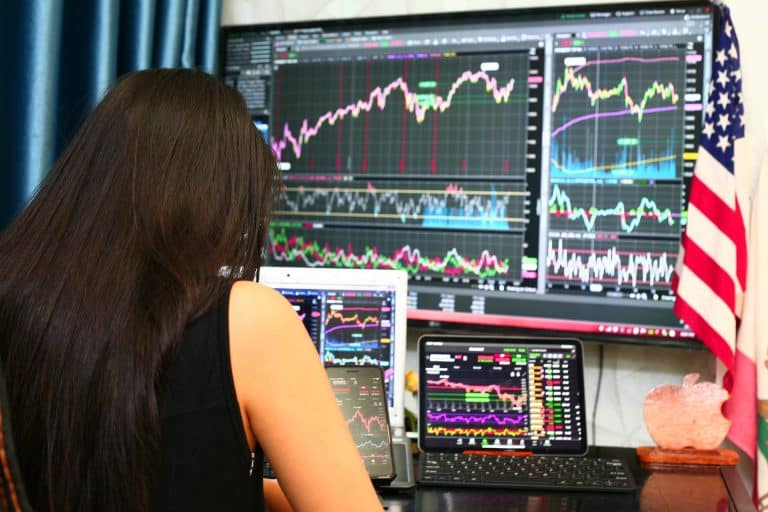 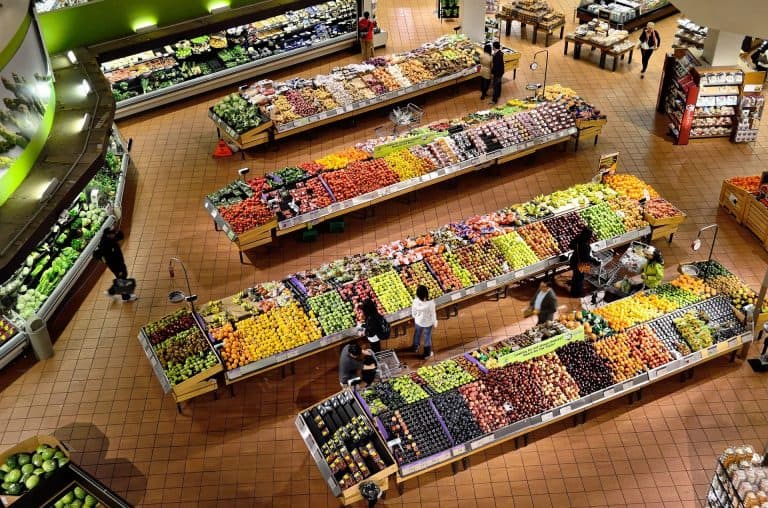 Sprouts is trading at a very low forward P/E multiple of 10.9. This is low compared to its peers and itself. This could a great value investment opportunity. 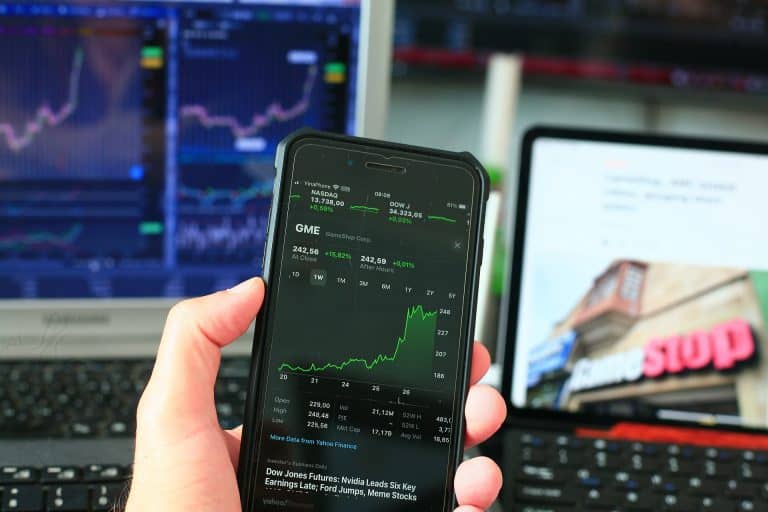 You might have not heard of LEAP options, but you’ve mostly likely heard of a very successful example. In early 2021, Reddit user in /r/WallStreetBets Keith Patrick Gill (better known as /u/Deep(expletive)Value or DFV) made headlines for turning a $53,000 investment into nearly $50 million in one year by betting big on GameStop. Keith achieved…